Day one in America and Mr. Lag reared his ugly head.  It may take a few days to kick him out, but you know the story (555).  It’s the saga of the stowaway.

We began our state side adventure by staying up until 2am.  What?  Lisa woke up at 5am and I woke up at 6.  Now experience tells us that at about 2pm our old friend Mr. Lag will demand that we literally pass out.  We had more to do in the morning that we realized, but got it all done.  We went to Altadena to visit with my mom and sure enough, at 2pm I got an invitation to rest my head on anything close by.  I fought the urge to collapse and we drove back to Culver City.  Fortunately, the traffic wasn’t super heavy and I managed to fight off Mr. Lag until we were safely back at home.  Sleep came quickly.

Meanwhile, back in Chiang Rai, Daku is getting lots of attention.  We got messages from home assuring us that he is being well taken care of, with photos.  First Cat sent a Facebook message that included a pic of Daku looking sweet. Then later Natcha sent a message with two photos.  If he wasn’t spoiled before, he will be by the time we return.

Today’s photo shows one of Daku’s favorite toys looking out over the landing, just like he does. 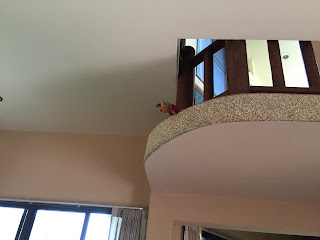 Blue wrote to tell us that the heavy rains had begun.  Looks like the rainy season has begun.  We saw many signs of the current drought as we drove towards the foothills of the San Gabriel Valley.  We also noticed that there were some yards with healthy, green lawns while others were brown and patched.  We told my mom that we were giving her a ‘Good Citizen’ award for her dying lawn and garden.  Right around the corner there were some beautiful yards.  My mother had us laughing, saying that maybe they painted their lawns.  We all know that’s not the case.  Hmm, do we turn them in?  (555)

Things have really changed around the Culver City area.  In a way, it makes me feel like home.  So much building is going on, so many new businesses replacing things we’ve known for years.  As you know, we still identify certain landmark stores by their original names.  There’s a new one to add to the list.  The Albertson’s on Venice is now a Haggen’s.  Who?  It will always be Albertson’s.  Downtown Los Angeles, from the freeway, was quite a sight to see.  I wonder just how many giant buildings can fit in the spaces between the streets?  Hmm. 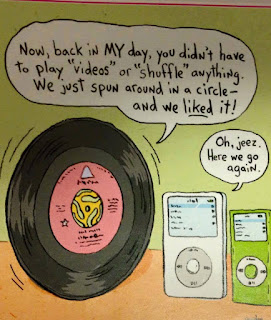 Posted by Gratidude at 5:37 AM 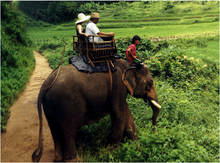